Next regarding Tara matching
(star matching)

8th is called Mitra tara
9th is called Ati Mitra Tara .
Now 10th is considered as 1st
11th is 2nd on show on ……………..
…………….. 27th is 9th .
We get 3 set of nakhshatr. This set is also useful in other matter of chart reading in a
person for behavior regarding results of planet in particular chart.
Again come to Point match making we make 2 separate chart according to boy and girl . Then we cheak in which division boy for
girl star and girl for boy star . If they falls in 3rd 5th and 7th to each other then it is called bad
and a tara dosh is formed .
If you don’t want to do this long process then a easy tricks is available. For boy start counting
from boy Nakhshatra upto girl Nakhshatra and for girl start from
girl Nakhshatra upto boy
nakhshatra and if is below 9 then
see according to above if more
than 9 than dived from 9 if rest is
3 ,5, and 7th than its indicating Tara dosh.
Method of point ——
Tara matching countain 3point .
If both boy and girl getting 3, 5, and 7 then its allotted 0point. If one to them falls in 3,5,and 7
then its allotted 50% marks means 1.5
If neither of both falls in 3,5,and  7 then its allotted full 3 marks. 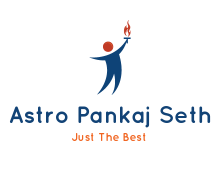