2) According to Brihat Parasar Hora Shastra

When 10th house lord is goes to 11th house native may have happiness of wealth and children. Native may be delighted and endorse with good quality and truthful and always happy.

When 10th house lord goes to 11th house, native take care his mother very much. He may be getting support from his mother. Native is long lived and happy. 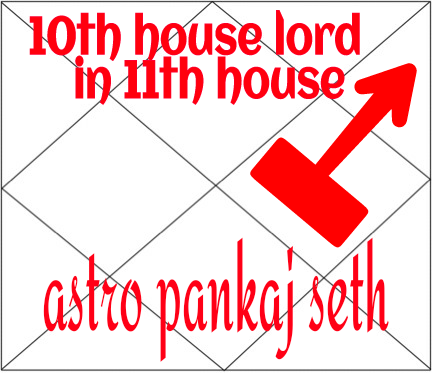 9)10th house lord in 11th house is indicating native may has a good reputation in his profession. Native may has happiness of children.

11)If you want to know about the effect of different planet in 11th house then click on this link.

One thought on “Tenth House Lord In Eleventh House”